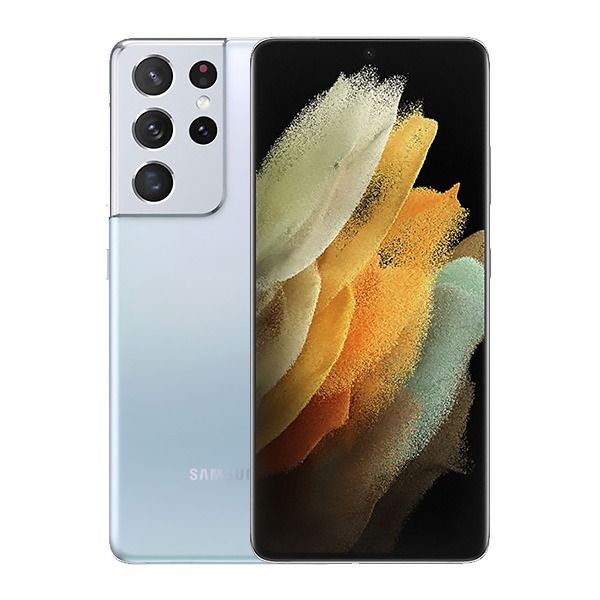 The Samsung Galaxy S21 Ultra 5G succeeds the Galaxy S20 Ultra, to become the most powerful smartphone in the S series. It offers a package that sort of suits enthusiasts who are not satisfied with the other offerings in the Galaxy S21 series. In comparison with its less premium siblings, we have the biggest display, the most RAM, the most storage, the biggest battery, and lots more.

The Samsung Galaxy S21 Ultra 5G’s design stands out. Comparing it to its less premium siblings, sort of indicates the Ultra is on a higher pedestal. The aesthetics and build parameters say it all.

On the rear, you will discover a camera bump bearing four cameras arranged in a manner you can liken to a Frankenstein design. It is sort of a design that will appeal to camera enthusiasts. You will also find an LED flash in the camera module.

Enthusiasts who decide to go for this Android smartphone, will have five colour options and they include, Phantom Black, Phantom Silver, Phantom Titanium, Phantom Navy, Phantom Brown.

Moving upfront, we have got a massive 6.8-inch dynamic OLED display, which happens to be the biggest S21 series. However, comparing this display to that of the S20 ultra, shows that Samsung dropped at an inch, which is a welcome development in my opinion. While many may desire very large displays, there are still people who find it stressful to operate such displays.

Samsung introduced the S-Pen to the S series this year. However, the S-PEN is only supported on the top of the Line Galaxy S20 Ultra 5G.

The S-Pen system featured here isn’t as robust as what we have on the Note 20 series. It’s basically a tool that can help you can use to scribble notes as well as some other functions, the recent remote function is absent.

What’s more, the Samsung Galaxy S21 Ultra doesn’t have a cavity that holds the PEN when not in use as such you will be needing a special case which Samsung sells. Please note that the S-Pen doesn’t come in the box. It’s optional.

No Charger, No Headphones in the Box

It turns out that Apple’s big move to not featuring headphones and chargers in the box of smartphones has lowkey started becoming a trend. Xiaomi’s quick adoption of the Mi 11 is an indicator.

Samsung has also gone with this move, the Samsung Galaxy S21 Ultra 5G as well as its siblings in the series, will not be coming with headphones or charging bricks, which is sort of a turn off for me, considering the cost of acquiring this high-end device.

The Cameras on the Samsung Galaxy are undoubtedly the most robust in the series. Unlike last year, when the less premium S20 and S20 plus shared a lot of camera DNA with the top of the line S20 ultra, we have got a large gap between the S21 ultra and the less premium options.

The last member of the quad-camera system is a 12MP ultrawide camera with an aperture of f/2.2. This rear camera system is capable of shooting videos up to 8k @ 24fps. Do well to visit the specs sheet to know more about the other video record modes.

Moving upfront, we have a single 40MP camera with an aperture of f/2.2. Video record on this camera is capped at 4k @ 60fps.

The performance setup on the Samsung Galaxy S21 Ultra setup comprises of an octa-core Qualcomm Snapdragon 888 processor for USA / China variants or an Exynos 2100 processor on the international side.

Also onboard is the Adreno 660 GPU for USA / China, Mali-G78 MP14 GPU on the international variants. We also have options for either 12GB RAM or 16GB RAM. For storage, we have three colour variants, which include 128GB, 256GB, and 512GB.

On the software side, we have One UI 3.1 user interface running on the Android 11 operating system.

Internet connectivity here is capped at 5G as the smartphone supports 5G.

Here are a few specs of the Samsung Galaxy S21 5G